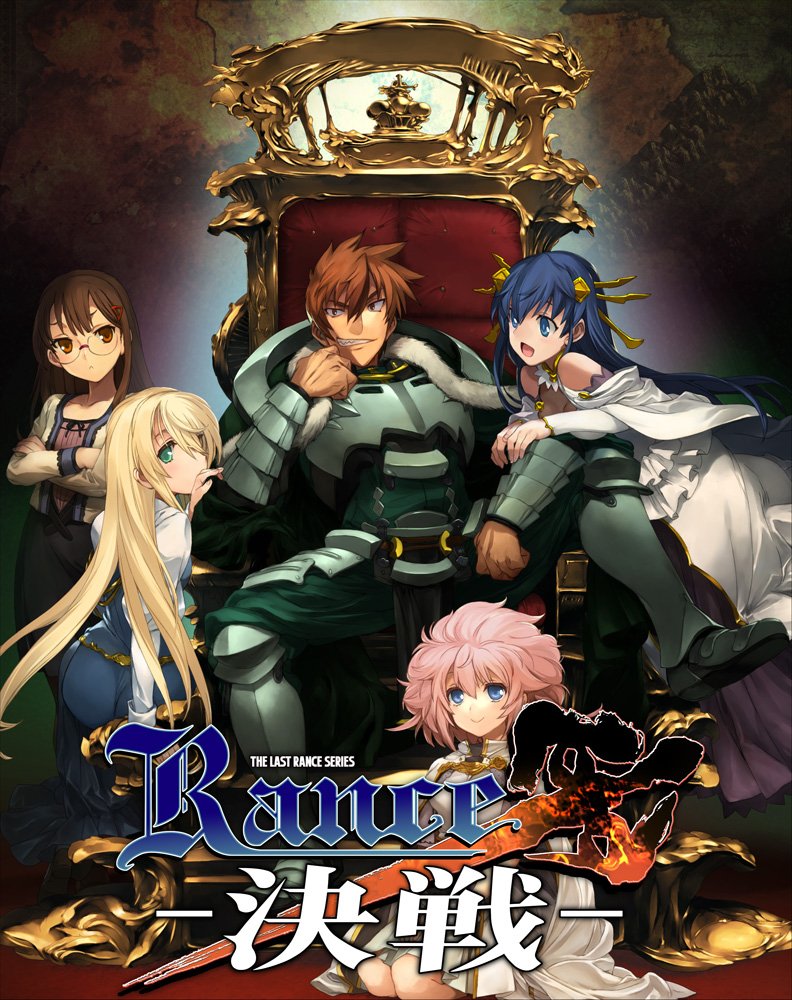 You may or may not have heard of the Rance series, but it won’t be wrong to say that it is a cult classic in Japan. It celebrates its 10th and final entry today after a long 29 year history. While the series is something that won’t generally be discussed on the site, I figured that it would be reasonable to very briefly talk about it given its history with Konosuba and – loosely – Fate.

First and foremost, the Rance series is an Eroge Series, that is to say, in more western terms, a pornographic game series.

Due to a limited scope of audience, the series is not quite as impactful as the ideas of sadness and empathy being true strength wrought upon Fist of the North Star (Hokuto no Ken) or Kyoani’s inception of moe through the anime adaptation of The Melancholy of Haruhi Suzumiya (Suzumiya Haruhi no Yuutsu), but it is deserving of attention in its own right, for its radical ideas if not for its long legacy.

It’s influence extends to much more than just Konosuba, but its much more obvious in Konosuba than it is in others and the readers here are more familiar with Konosuba as a whole, so its a good starting point.

Alright, so what does Rance have to do with Konosuba? Lets first take at a look at the titular character Rance:
– Brown Hair
– Wears exclusively green
– Adventurer
– Deceptively strong
– Self-serving with a sense of justice
– Happens to be only one who fights Demon Kings on a regular basis, mostly out of pure coincidence.

Although there are some aspects are taken out of scope, such as many of Rance’s antics that would be illegal by today’s standards, it seems evident that the character is an inspiration for Konosuba’s Kazuma. That said, while bearing the same personality traits, Kazuma is much more mellow on most fronts. One might say that Kazuma is Rance’s personality mixed with the cultural traits of the Japanese.

Rance was probably the first lead character of his kind in the industry and the series’ massive popularity upon release in 1989 sparked a new interest in this type of character. Although, by western standards, Rance isn’t a very controversial character, Japan is a country with unmatched standards for humility and collectivism. A character with such radical sense self-expression was certainly something out of the left field.

The narrative structure of the Rance series is also semi-episodic, much like the Konosuba series, whereby the story picks up loosely from where its left off but each installment has a self-contained story. However, as I have no way to actually reinforce my argument on the influences Rance had on narrative structure in the industry given my lack of knowledge on the full history of the industry, its best I leave it on that note.

Overall, there is a lot more to talk about regarding the series, such as the sense of control given by its RPG elements compared to its visual novel-eroge counterparts (one being Fate stay/night), but since this was more of a spur-of-the-moment discussion post, so I’ll be putting this topic to rest for now.

10 thoughts on “Rance Series ends today! A brief look at its influences on Konosuba and Kazuma as a character.”